14 amazing birds that you can find in New Zealand

New Zealand is a wonderful country that boasts many natural wonders and an array of breathtaking scenery. It is also home to some of the most wonderful birds. Sadly, quite a number of New Zealand’s unique and amazing birds are close to extinction. Below is a list of some of our native birdlife. 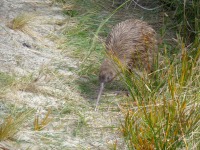 This is New Zealand’s mascot and like the Kakapo, it is nocturnal and flightless. An interesting fact about the Kiwi is that it has nostrils at the tip of its bill, instead of at the top, like most other birds. Even though the Kiwi is considered the nation’s sweetheart and is indeed a national icon, it is still a shy bird that you’ll have to go out of your way to find in the wild. If you are still keen to give it a shot, here is a little guide to different ways of finding a Kiwi. 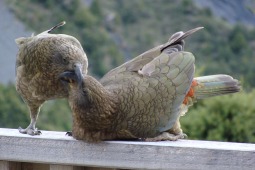 This parrot is considered to be the world’s only alpine variety and are endemic to the South Island of New Zealand. You can usually find them going about their business in Arthur’s Pass National Park or at the Fiordland National Park. While these birds might be pretty to look at, keep in mind that they are notorious for dismantling peoples belongings. The Kea’s calling sounds like it’s shouting out “keeeeeaaaa” in a long, loud, high pitched cry - and that’s how it got its name. Unfortunately, the Kea is an endangered species but there are projects that are working to increase the numbers. If you want to know how you can help this curious parrot, check out Kea Conservation Trust. 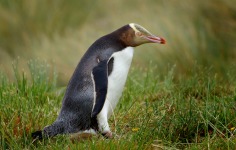 The Yellow-Eyed Penguin, Hoiho in Maori, is one of the world’s rarest penguin species. Hoiho means noise shouter and refers to the shrieking call of these penguins. Something that differs these little guys from other penguins are that they are not very social. They often prefer to nest far away from each other to get some privacy. This penguin species can be found waddling in their tuxedos around Stewart Island and Banks Peninsula. 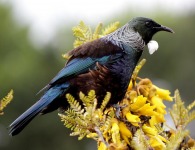 This is a common bird in New Zealand that you won’t find elsewhere. They are popular for their distinct plumage and strange mechanical sounding calls. They are able to make these noises thanks to their two voice boxes (syrinxes). 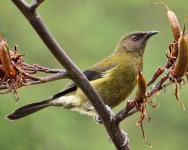 This bird species is often mistaken for a Tui because their calls are similar. Thanks to its brush-like tongue, the Bellbird can reach deeply into flowers to reach nectar, but they also feed on insects and fruit. This makes the Bellbird an important ecological part of regenerating the forest in at least two ways. You can easily find one - or even many - fluttering around forested areas in New Zealand.

Also known as a Kereru, the New Zealand wood pigeon is bigger than the pigeons you are probably used to and also prettier. They have a gorgeous green plumage that deflects attention from how bad they are at flying. Being clumsy birds, you can easily hear them landing heavily on tree branches.

This land-loving bird is another species that is unique to New Zealand. The females sport white and grey feathers, while the males have black and white/yellowish feathers.

Also known as the Piwakawaka, this bird should not be mistaken for a Pokémon creature, simply because of its name. It is a popular bird in New Zealand and is capable of thriving anywhere in the country. They are also very brave birds that often fly close to people without any fear.

No, it is not a type of pig. In fact, it is a type of owl and is New Zealand’s last living native owl species. Known locally as ‘Rurubut’, there have been sightings of them in Tasmania.

This special bird of prey is unique to New Zealand and can fly at speeds over 100km/h. It feeds mostly on small to medium sized birds but will also take mammals like rabbits and smaller hares. It isn’t very common, but you can easily find one at any of the country’s Bird of Prey sanctuaries. If you do come across one in the wild, be aware that they sometimes nest on the ground and are known to attack intruders, including humans. 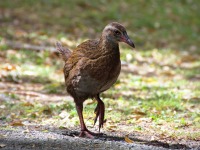 This naughty, flightless bird is well known for its mischievousness and has a reputation for stealing shiny objects and food. In fact, they will eat almost anything. Tourists often mistake the Weka for a Kiwi bird, so make sure you know the differences between these birds before bragging to your friends about seeing a Kiwi. 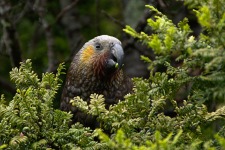 This bird is a parrot species that’s admired by many because of its lively disposition. The Kaka used to be endangered but fortunately, it is now recovering, although it is still at risk. It has two sub-species and on the rare occasions they are seen, they can be found in two separate regions of New Zealand - one can be found on the North Island while the other species inhabits the South Island. This bird feeds by using its strong bill, brush tongue and feet to obtain nectar, fruits and seeds.

This is another distinctive New Zealand bird. Plump and flightless, it is active mostly at night. The Kakapo is a rare bird and has the conservation status Nationally Critical, which sadly isn’t helped by the fact that this nocturnal parrot only breeds every two to four years and has low fertility.

On your next visit to New Zealand, do your best to see as many of these remarkable birds as possible, because there’s a high chance you won’t see anything like them anywhere else.

Ready to come over and look for some birds? 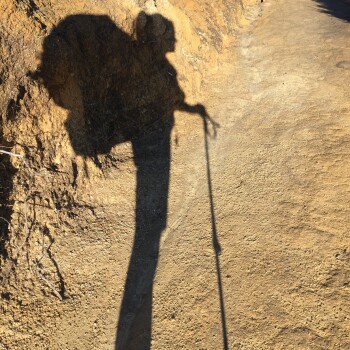 There is a great difference between hiking and walking.  This should be clearly understood as pre… 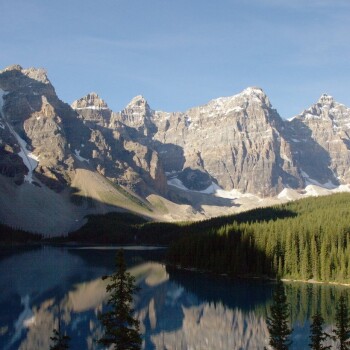 Hiking in the remote Canadian wilderness 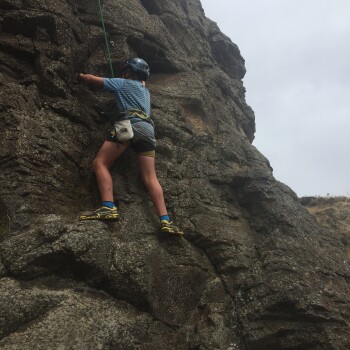 6 Tips for stress-free travel with your friends

Have you ever had the urge to go on holiday wi…

About Us
Trips By Country
Trips By Activity

GET NEWS & TRAVEL TIPS DELIVERED TO YOUR INBOX

For hiking adventures in New Zealand visit our Hiking New Zealand site or give us a call about what adventure is best for you.